Entry on the Hyacinthine Macaw from The Speaking Parrots

by Dr. Karl RUSS, translated by Leonora Schultze and published in 1884. 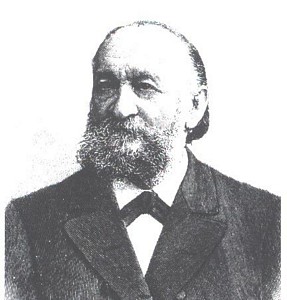 Dr. Karl Russ was born in West Prussia (now part of western Poland) in January 1833, the son of an apothecary. His father owned a farm inherited from his own father, on which poultry and water fowl were kept. Russ also kept pigeons and from an early age was taught by a local forester how to catch and prepare local wild birds. Although Russ also trained as a apothecary he suffered from a problem with his larynx, gave up practising and became deputy editor of the Bromberger Zeitung in 1862.

In 1863 he married and moved with his wife to Berlin in 1865. He became a free-lance journalist and author, writing many moving articles on nature and advice columns, particularly for women, for which he drew on his pharmaceutical knowledge. His output was rewarded with a doctorate from the University of Rostock, after which he devoted himself exclusively to ornithology, especially the practical keeping, care and breeding of cage birds as well as poultry husbandry and avian conservation.

Exotic birds started to be imported in large numbers in the fourth quarter of the 19th century. In 1879 the Hamburg bird wholesaler, Christiane Hagenbeck, imported 50,000 to 60,000 exotic birds. Her British competitor apparently exceeded this with 100,000 to 120,000 birds. 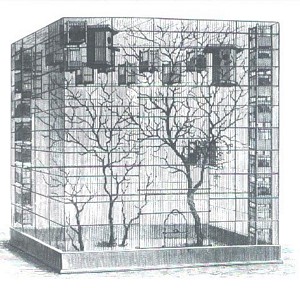 Russ set up a large aviary in his home in which he kept some 200 birds over a 16 year period. In 1891 he wrote that he had bred 92 species, with 61 being the first breeding known, in his aviary. These included 17 species of parrot.

He realised the opportunities presented for birdkeeping and founded Gefiederte Welt in 1872. From 1871 he published in several editions theHandbook for Bird Lovers, Dealers and Breeders as well as a range of other books for the aviculturist including The Speaking Parrots. He died in September 1899 soon after the death of his only son.

This magnificent bird, with its powerful beak, can neither escape notice nor be mistaken for another; it is well suited for zoological gardens. Its whole body is dark cobalt blue, lighter on the head and throat, but darker on the crown of the head, back of the neck, wings, and tail ; the quills have a blackish edge on the inner web, and are of shiningblack on the reverse side; the larger under coverts of the wings black; the tail feathers black on the reverse side; the beak black; eyes blackish-brown ; the lores feathered ; the eye cere and the bare skin round the under mandible orange yellow ; the feet blackish-brown ; claws black. Its size is about that of a domestic cock, but longer in appearance (length, about 393/8in.; wings, 141/4in ; longest tail feathers, l.8in. to 221/2in.).

It is a native of Central Brazil as far north as the Amazon River. It was described by Latham in 1790, and Azara also treated of it. Even in its native country it is rather rare, being found only in pairs or families. Until lately it was very scarce in Europe. In the Zoological Gardens in London it first appeared in 1867*. The principal zoological collections have by degrees obtained specimens, and two may be found in the Berlin Garden. Miss Hagenbeck has occasionally exhibited one of these splendid birds. Dr. Finsch says he has heard one murmuring words of some foreign language in a deep bass voice.

(* This is not correct. The Hyacinthine Macaw was present in the Zoological Gardens at London in the 1820s as the entry in The Gardens and Menagerie of the Zoological Society Delineated, Vol. II published in 1831 shows)