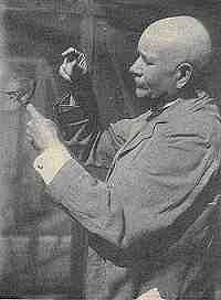 I have been sent a report written by German aristocrat Hans Freiherr von Berlepsch (1857 - 1933) about a trip to the forests of eastern Paraguay bordering southern Brazil in 1886, which was published in the Journal of Ornithology in 1917.  In this report entitled "Wichtige Beobachtungen im paraguayischen Urwald (Eng: Important observations in the Paraguayan forests), he states that he saw enormous flocks of Amazon parrots and smaller groups of the three macaws found there - Ara chloropterus (sic), Ara ararauna and Anodorhynchus leari. Now it is not possible that theAnodorhynchus macaws he saw there were Lear's Macaws (A. leari) as this macaw only occurs in Bahia thousands of kilometres to the northeast. It is also very unlikely to have been the Hyacinthine Macaw as the range of that Anodorhynchus macaw in Paraguay extends just to the far north-west of that country. However it might have been the Glaucous Macaw  (Anodorhynchus glaucus). This report is especially interesting as the area visited by Hans Freiherr von Berlepsch must have been near the location where the last anecdotal and unconfirmed sighting of the Glaucous Macaw in the 1960s originates - see the report with comment on 15th August 2006 below. My thanks to Claus Rasmussen from the University of Illinois for sending me this report byHans Freiherr von Berlepsch.

Incidentally he came from a very interesting family. His close relative Hans Hermann Carl Count Berlepsch (1850-1915) was also an ardent ornithologist. He collected over 60,000 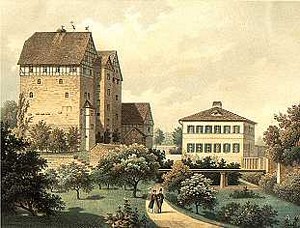 specimens from all over the world, which were sold by his son to the Senckenberg Museum in Frankfurt, Germany, after his death and forms the basis for the important collection there having survived the devastation of the Second World War. Interestingly Hans Freiherr von Berlepsch in his youth kept Carolina Parakeets (Conuropsis carolinensis) at liberty at his home at Burg Seebach in Thuringia, Germany. He started off with two pairs who initially lived and nested in a dovecot. They bred prolifically and soon there were more than 20, who nested in natural hollows in severalnearby lime trees. They were accustomed to fly together for miles in the 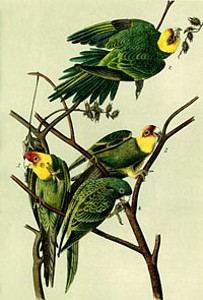 surrounding countryside and Hans informed local people about this from time to time in regional newspapers. However, one day  just after Christmas they disappeared and despite searches were never seen again. It was only several decades later that smoked remains of the parakeets were discovered in an inn some 30 miles (50 km) distant from Burg Seebach and the occupant reported that his father, the inn-keeper, had shot the birds over a two day period when he discovered them perching in a lime tree in his yard. Apparently the surviving parakeets had refused to leave their fallen comrades and were thus easy to finish off. This species, which was endemic in the south-eastern USA, was officially declared extinct in 1939. The last wild specimen was killed in Okeechobee County in Florida in 1904 and the last captive bird died at the Cincinnati Zoo in 1918.