Report on keeping and breeding of the Spix's Macaw 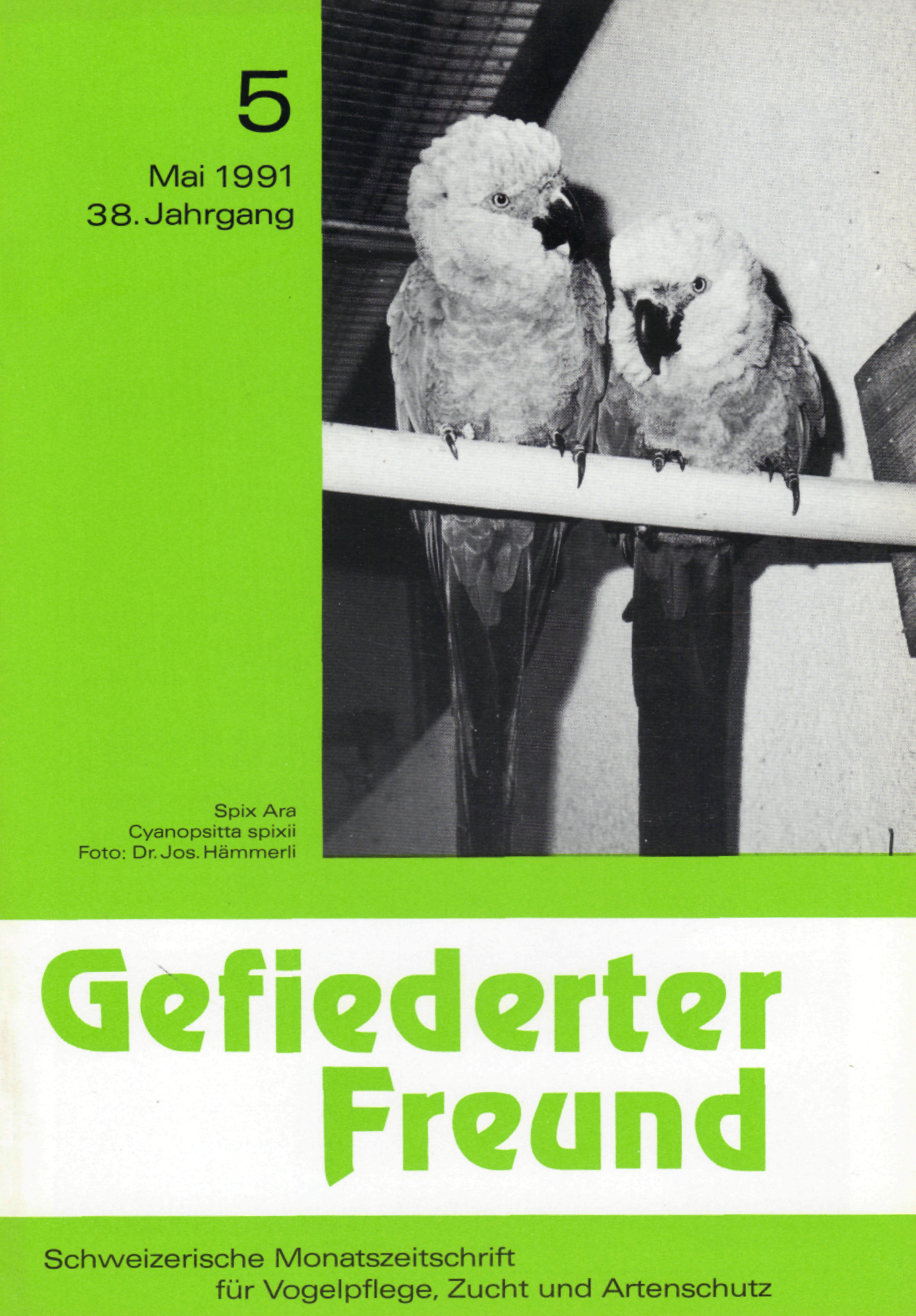 I have been sent recently a really interesting report by Dr Josef Hämmerli on the keeping and breeding of the Spix's Macaw, which was published in the May 1991 issue of the Swiss birdkeepers' magazine Gefiederter Freund.  The timing of this publication was influenced by the decision of the Brazilian Government in February 1991 to publicly declare an unprecedented amnesty for owners of Spix's Macaws all over the world, who had not so far come forward.  In return for co-operation with the recovery programme, owners would be allowed to retain their birds without fear that Brazil would insist on official confiscation. The May issue of Gefiederter Freund prefaced the report by Dr Hämmerli with news on the amnesty. As the first sentence of his report states he obtained a pair of Spix's macaws in 1978, allegedly from another Swiss bird collector called Leumann, who had got them from the wild the year before. In September 1986 Hämmerli reportedlytook possession of two young macaws exported illegally from Paraguay. It seems these two birds were taken from the nest at Melância Creek in Bahia and moved via Asunción to Europe. Ernst Koopmann's daughter was apparently involved in this. See report on 7th May 2013 below for information on a similar transaction, which failed, the following year.According to Tony Juniper in his book Spix's Macaw published in 2002 the export papers for the transfer to Hämmerli in 1986 falsely claimed that they were bred in Asunción zoo and destined for Hämmerli zoo. Hämmerli does not mention this acquisition at all in his report.

I should like to thank Achim Lutz in Germany for sending me the report in Gefiederter Freund as well as Rainer Niemann, the editor of Papageien and a good friend, with whom I conferred on certain aspects of the text. Dr. Hämmerli was a long-standing medical practitioner and wrote like one. As well as translating the content I also try to capture the style and tone of the author. This was not easy with this text with its use of Swiss German and medical/anatomical references.  The translated text can be found here. Den Originaltext findet man hier.