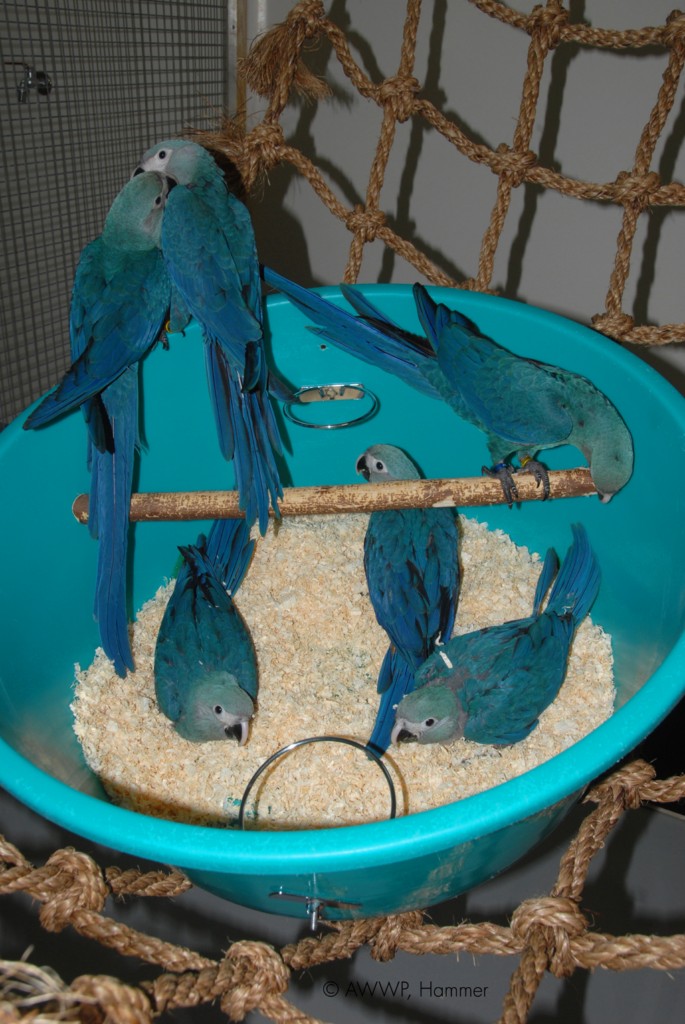 I have just got back from attending the American Federation of Aviculture (AFA) annualthree-day convention, which was held this year in St Petersburg, Florida. The convention went well and I shall report further on this shortly. The weather was quite severe at times with some very heavy rain during the day and thunder storms in the evenings.

While I was in the USA I received some good news from Al-Wabra Wildlife Preservation in Qatar. They have successfully bred six Spix's Macaws (1 male, five female) this year and two Lear's macaws (both female). Two of the Spix's Macaws are the first in the international breeding programme to be bred from a second generation parent - a female. The father of the two is a 36 year old wild caught bird. He is not only genetically important for this reason and the oldest known Spix's Macaw to have reproduced, but the oldest Spix's Macaw ever recorded. Hearty congratulations to Sven Hammer, Ryan Watson and the rest of the team at Al-Wabra for these record-breaking breeding successes.

With the six bred at Al-Wabra and the female bred at Loro Parque this year, the studbook managed population of Spix's Macaws now stands at 73 macaws (29 male, 44 female), of which 56 (22 male, 34 female) are held at Al-Wabra.