The two young macaws, called Kiki and Felix, are being hand-reared and doing well from ACTP in Germany 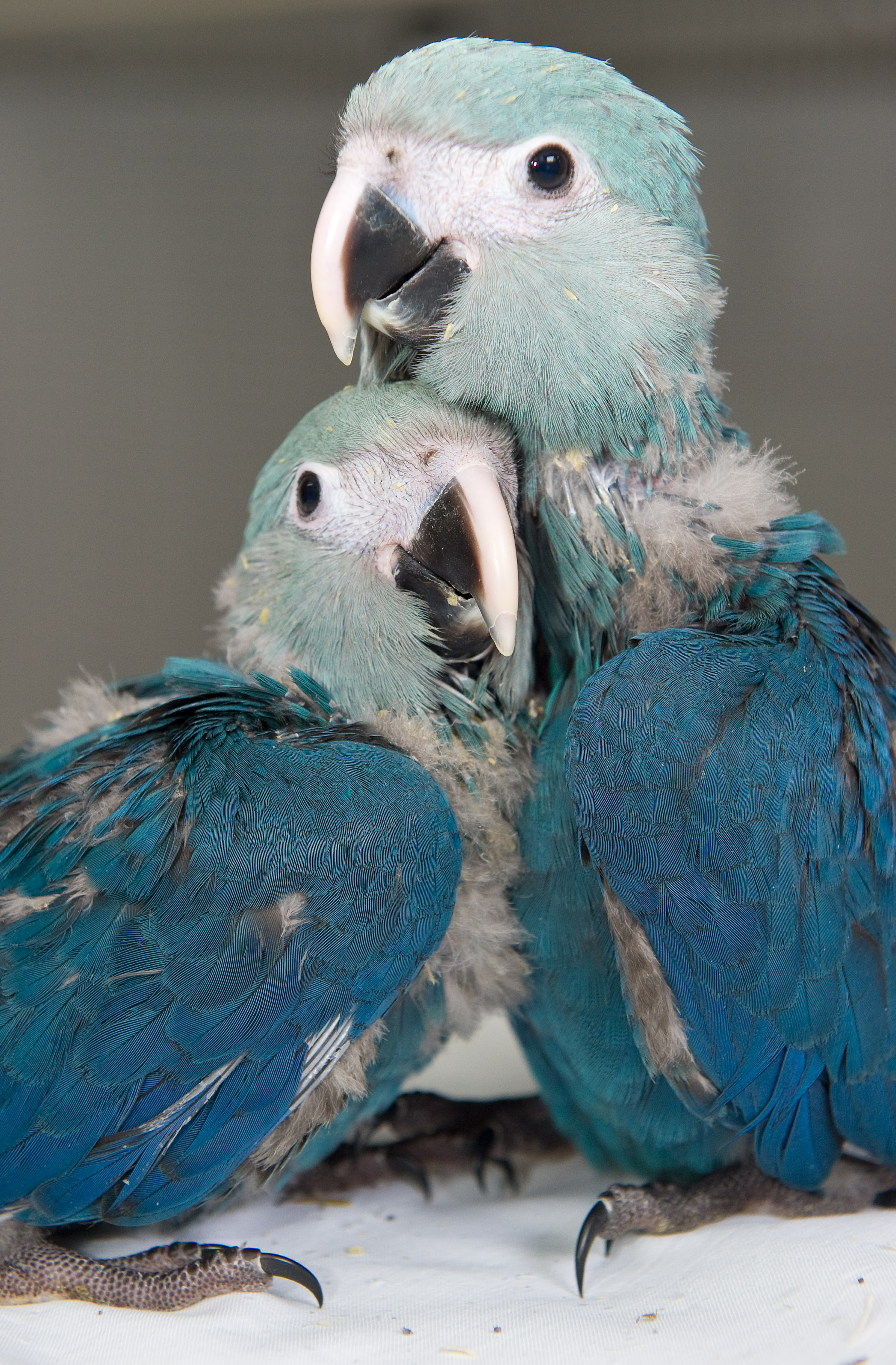 I received some more information with new photos of the two Spix's Macaws hatched earlier this year - see entry on 2nd February below - from ACTP in Germany today. The two young macaws, called Kiki and Felix, are being hand-reared and doing well. The staff at ACTP are hoping the adult pair may lay again soon. Frieda, who hatched in 2008 has now developed her full plumage and has become a "macaw beauty." Kiki and Felix will be introduced to her when they have been weaned.

With so much interest being generated about the

animated film by the Brazilian director, Carlos Saldanha, reported on below - 15th February 2011 - with links to trailers, the Sunday Times decided to produce a report entitled "Birds of a feather who can't flock together - in its magazine issued on 13th March.  The report is very interesting with titbits of information such as the US owner of Presley, who has never been publicly identified, named him after the singer's blue suede shows. Apparently it was the press reports on Presley's return to Brazil that fired Saldanha's imagination.